A SWIMMING JOURNEY BY NOA - OUR BIG BLUE SWIM GUIDE

A SWIMMING JOURNEY BY NOA - OUR BIG BLUE SWIM GUIDE

Our Big Blue guides certainly cannot wait to get back into the waters with you this summer, supporting your open water swimming journey in Greece.

One of our more ‘senior’ guides, Noa, currently lives in Crete and is lucky enough to take in the stunning views of the island every day. Noa has had an interesting swimming journey throughout his life, (particularly when he met an ex-navy man whilst working as a windsurfing instructor in Greece!), and has been kind enough to share that experience with us in this blog.

My whole existence has been centred around the sea and aquatic living, paving the way for most endeavours that I have pursued throughout my life. As a youth I remember being infatuated with Jaques Cousteau’s documentaries, as well as the fiction series; “The Man From Atlantis”, in which the protagonist was an aquatic being living underwater.

Growing up in Greece with its long summers offered ample opportunity of time in the sea. Those long hot days in the water enabled me to closely acquaint myself with its inhabitants and reenact my aquatic television heroes.

My contact with the liquid element started with swimming, and that has always remained as a core discipline. After that followed a lifelong exploration of water sports and activities including sailing, windsurfing, kiteboarding, surfing, sup paddling, scuba diving, water polo and freediving, which has remained a prominent activity to this day.

Throughout my twenties I found myself spending my summers in the Cyclades in Greece, working as a windsurfing instructor. It was there I met an ex-navy man, who had spent two decades as a head instructor in the Hellenic Navy Seals. In Greek, this special unit is called “OYK”, translating to “Underwater Demolition Unit.” We took a mutual liking to a similar madness that we recognised in each other, and he somehow decided to take me under his wing.

This, of course, involved doing what he knew best, training me to become comfortable in highly uncomfortable aquatic situations. It goes without saying that when he said “dive”, my only reply was “how deep?” To briefly illustrate my time with him, which spanned over a few years, he would lovingly torture me. 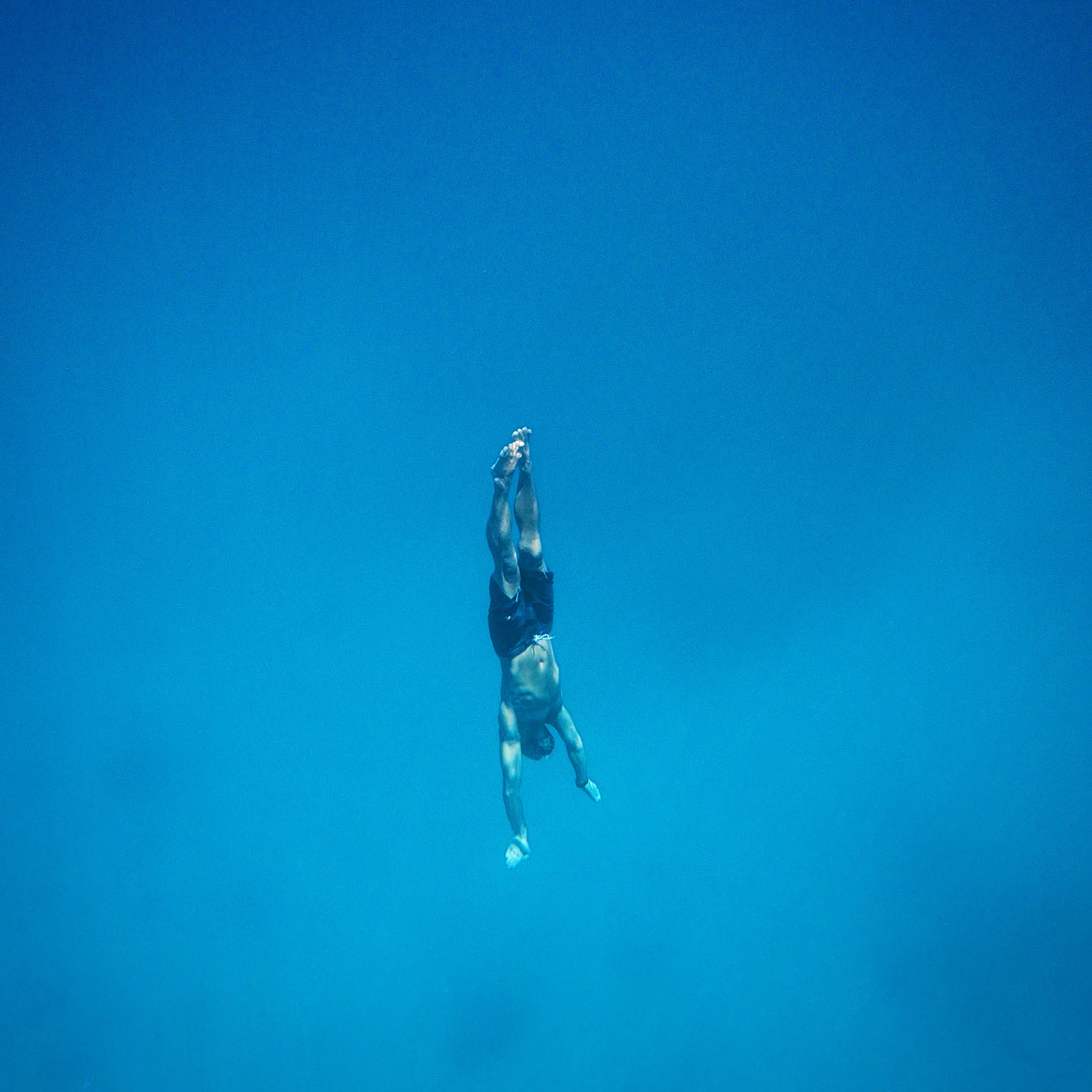 There where wake-ups in the middle of the night, where I would need to crawl on the beach for one hundred metres to his R.I.B., board it, and be taken out to open waters. From there, after he had sped away back to the beach, I would have to swim a kilometre or two to regain the shore. He would go spear-fishing, but instead of motoring his boat to the spot, I would have to swim for a kilometre with a rope around my waist and drag him there. He would have me dive at depths that I considered ridiculous, whilst blindfolded, move boulders for various lengths underwater, and many more antics that sadistically amused him, as well as myself.

All of this training recalibrated what I had previously considered possible for myself while building the foundation for the numerous water endeavours that would follow.

Forward some years later, around 2001, I was living in Sydney Australia. As a natural aquatic evolution, I got into lifesaving and spent close to a decade working in the field when I move to Crete in Greece. Rubbing shoulders with the bronzed Aussies that grew up braving their powerful ocean was an apprenticeship of its own. They recognised my abilities and often wanted to give me a run for my money, which I was more than happy to do in my attempt to keep up with these lifeguard demigods.

The experiences gained there allowed me, a few years later, to once again go and sample the training of yet another group of ocean hellmen, the lifeguards of Hawaii’s Maui Northshore. If it can be done in the ocean, those guys did and do it daily and conditions that most humans only see in pictures are their common playground.

Their ways are exactly like the ocean, raw and powerful, and the only way to be involved is through ability, bravery and humility. Training with them usually left me feeling beaten, battered and insignificant, yet utterly alive and growing exponentially at the same time.

The liquid journey continues, and when spending time in the sea I regularly enjoy challenging myself whilst creating new ways to push my edge.

On a closing note, I love sharing these practices with anyone willing to explore their potential. If you are ever on a trip with me and feel like sampling some challenging aquatic fun, I will be more than happy to oblige!

What a journey! - We find it incredibly fascinating to learn more about our Big Blue guides and their experiences in the water. Why not take Noa up on his offer for some fun challenges in the ocean by joining us this summer? You can find more information on our website, including available dates and what to expect on your trip.